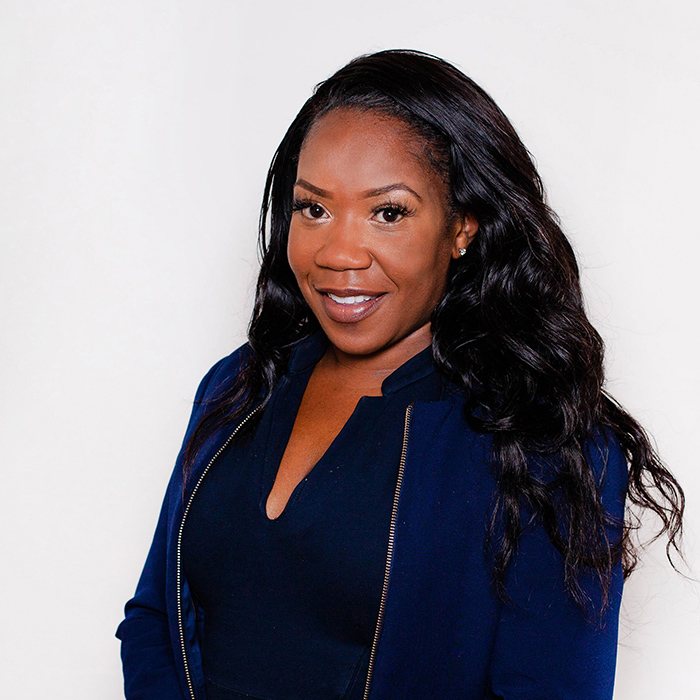 Vanessa is a solicitor at Bark&co who regularly represents clients at the Police Station and the Magistrates Court and diligently prepares Crown Court matters. Having gained experience across a wide spectrum of general crime work, Vanessa has gained a reputation for commitment to ensuring excellent client care combined with sensitivity at all stages of representation.

Vanessa is passionate about representing clients and diligently works to achieve their aims and objectives. Her case preparation of trials is noted as being both proactive and determined, so that the client’s defence case is vigorously investigated to help them stand the best chance of success.

R v CG – Vanessa successfully defended the client charged with the offence of conspiracy to Rob. It was alleged the client and three others had attempted to rob numerous cash in transit vans over a period of a few weeks. The trial went on for two weeks and extensive surveillance evidence, cell site analysis, forensic and CCTV evidence were presented. The matter was highly complex, but with the meticulous preparation by the Vanessa the client was the only defendant of four to be found not guilty. The client had two trials in relation to this matter. This first trial resulted in a hung jury and the second trial the client was acquitted. The other defendants received lengthy custodial sentences.

R v AJ – Vanessa successfully defended a client accused of conspiracy to supply class A drugs and supply of firearms between Amsterdam to the UK.  It was alleged that the four defendants had conspired in the persistent supply of large quantities of cocaine and firearms. The police had kept surveillance for nearly six months and concluded their investigation with a series of raids and arrests including our client. Our client was arrested at their home address where a firearm was seized. The case was prepared in great detail, preparing extensive analysis and schedules of the telephone evidence to demonstrate our client’s relative lack of involvement with the co-defendants.  The trial included police surveillance, forensics. The jury returned an unanimous not guilty verdict for client.

R v KU  – The client was accused of stabbing the deceased to death, after altercation in which the deceased and another assailant robbed the client for his Cartier watch. The client successfully raised self defence, in that he disarmed the deceased of a lock knife and used reasonable force and lawfully protected himself.  The deceased also known as Incognito was a member of a drill rap group and alleged leader of the gang Moscow 17.  The incident was witnessed by members of the public and partly captured on CCTV. The client gave evidence at trial which lasted two weeks the Central Criminal Court and was unanimously found not guilty by the jury for murder and manslaughter.

R v EC – Vanessa successfully defended a client accused of rape and witness intimidation. The defendant had been remanded into prison for the offences. The allegations were extremely serious and the ramifications intense for the client in the event of a conviction. Following a multi-pronged defence strategy, Vanessa actively looked into the complainant’s history and her movements and was able to totally discredit her assertions. Vanessa submitted written representations to the Crown to prove they had no case and as a result, the Crown offered no evidence and the defendant was released from prison immediately.

R v JM – The client was accused of attempted murder and remanded into custody. The defendant had a successful bail hearing and released from custody. Vanessa submitted to the Crown strong representations, persuading the Crown to offer a lesser offence of ABH. The Crown agreed and the client pleaded guilty to ABH and received a 15 months custodial sentence.

R v AW – The client was accused of stabbing his brother in law on Christmas day. The injuries resulted in the complainant’s lungs collapsing and bleeding into the lung. He was charged with s.18 GBH. Despite the client’s in laws attending court giving evidence against him, the defendant was acquitted after the trial.

R v CT – The client was accused of possession with intent to supply Class A drugs, when a large amount of drugs were seized from her home address. Her DNA was found on the packages containing the drugs, however a DNA expert was instructed to analyse the findings. The client was acquitted after trial.

R v LB – The client pleaded guilty to an PWITS Class A. A basis of plea was submitted and the defendant received a suspended sentence for the offence, which usually has s starting point of 4 years.

R v TP – Vanessa represented a client who was accused of murder and a £676,000 conspiracy to supply heroin and cocaine in a Hampshire. The Crown made a decision not to prosecute the defendant for murder and the defendant received an 8 years sentence in relation to his role of the drugs conspiracy. https://www.bbc.co.uk/news/uk-england-hampshire-38772399

R v DB – The defendant was accused of possession of a knife and attempting to use it on the victim. Vanessa analysed the Crown’s case and was able to submit representations to the Crown stating their witnesses accounts were unreliable. The Crown offered no evidence and the case was discontinued.

R v KM – The defendant was accused of fraud by false representation. Vanessa meticulously analysed the Crown’s case and was able to discredit the crown’s case and the witnesses accounts. The Crown offered no evidence and a formal charge of not guilty was made.

R v DP – The client was found in possession of 50 wraps of crack cocaine and heroin. Vanessa persuaded the Crown to consider a simple possession, which was eventually accepted.

CPS v AK – The defendant was accused of dangerous driving and failing to stop when requested to do so by the Police. Vanessa challenged the Police Officers account and the Crown’s exhibits served. The Crown subsequently offered a lesser offence and the defendant avoided a prison sentence.

CPS v BR – The defendant was accused of assaulting her child. The evidence included reports from the school and social services. The child gave evidence confirming he had been assaulted by the defendant as a result of misbehaving. The defendant denied the allegation and was acquitted after trial.

Police v RP – The client was arrested after 11 kilos of heroin was found in a vehicle had access to. After a detailed prepared statement explaining his innocence and two days in custody the Police decided to take no further action against him.